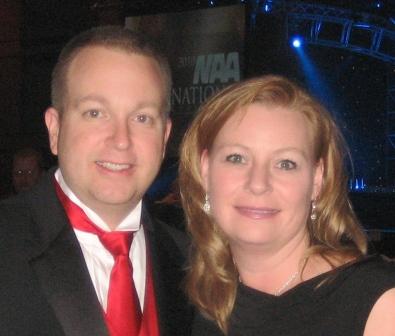 Being in the Navy taught Kyle Keator to plan for his family prior to each trip out to sea. After all, there was no guarantee that he would return. “I’ve always tried to make sure that my family would be taken care of if I didn’t return,” Keator said. “I wanted to know that they would be OK financially.” Post-Navy, Keator worked for Honda R&D Americas as a senior engineer. He also owned some rental properties in Columbus, Ohio, but saw little return based on his time and efforts. “I was not happy with the income I was making and all the time I had spent on it,” Keator said. Through his financial planner, Keator met Patrick Connors, who had made $500,000 with NAA in 2005. Keator was interested and went to a meeting to see Connors in Cincinnati. It was the day that he discovered NAA. Keator earned $125,000 in 2010 and is on pace for $250,000 in 2011. His future goals include surpassing $500,000 in 2018 and $1 million in 2019. To be able to reach his goals Keator moved his family down to NC in 2016 to be around Andy Albright more. Now Keator and his wife Charlene live in Greensboro NC.

Our mission is to provide the best financial products with the kind of in-home, professional service that is second to none. Our operating credo is: "Your clients don't care how much you know until they know how much you care." We take a personal interest in each and every one of our clients. We believe that knowing our clients' wants and needs is the foundation to recommending the best financial strategies that will provide exactly what each client wants.